Originally known as a self-edge, the term used since the 14th c. for a narrow tightly woven band on either edge of fabric parallel to the warp that prevents fabric from raveling. Modern weaving machines produce wide fabric and the weft (horizontal) yarn is cut on every pick (weft insertion). The selvage from antique narrow shuttle looms is formed as the shuttle passes back and forth during weaving. Since the yarn is not cut, the selvage is tightly bound and forms a clean edge. These old shuttle looms predate WWII and run on original wooden parts driven by leather belts creating a beautiful sound while making some of the most sought after denim in the world.

Raw or "dry" denim refers to fabric that has not been wet processed or manipulated in any way prior to purchase. By leaving the fabric in its original state, it is the wearer that determines the aging characteristics of their jeans. This “story” is told over time and is based on the wearer’s daily life and what they do in their jeans. After just a few days of wear, the jeans become completely personal and unlike any other pair in the world.

It is very important that historically American products are produced in the USA. And on a micro-level, that blue jeans are produced in their home of San Francisco. Just as we do not want prosciutto from Germany, denim conscious consumers around the world desire jeans made in America (and specifically in San Francisco). We’re very proud of the fact that our jeans are not only made in America, but that the pocketing, thread, buttons, rivets and leather patches are as well. We’ve become friends with our suppliers and feel it is the right thing to do to support them and their businesses as we build our products.

Consumers should consider the actual cost per use of items they purchase -- whether it be a pair of boots, a computer or a pair of jeans. We know that by starting out with unprocessed raw denim that the jeans will last appreciably longer than a pair that has been processed to death with chemicals, stones and tons of water. Our custom made pocketing is strong and will last throughout the life of the jeans. We line the bottom of our back pockets that a wallet will not bust through. All of us make qualitative decisions everyday. From the food we put into our bodies to the gift we give someone special. There is a feeling that comes from choosing something better. You just know that the experience will be more fulfilling down the road and will continually set the bar higher in other aspects of our lives. And when things age and begin to fall apart, there will be a deep desire to fix it to breathe new life into it rather than to simply throw it away. This disposable lifestyle is over.

The commercial denim laundering process is not an environmentally friendly practice (hence no laundries in the Bay Area). Since we do not launder our jeans prior to delivery and given the fact that most of our customers do not wash their jeans frequently, we’re doing our part to minimize the impact of wearing jeans on the environment. The fact is that 100% of all jeans produced start out raw and it is also a fact that 99.9% of those get stonewashed or at least rinsed.

We find the idea of paying extra to have someone in a factory destroy your jeans before you buy them (with water, grinding tools and chemicals) absurd. Ankle whiskers? Crazy. Thigh holes? Preposterous. By starting with raw denim, you not only get to provide your own real-life wear patterns, you also get the benefit of a custom fit as raw denim will mold to your body the way a great pair of leather shoes molds to your feet. Pre-washed jeans do not have this ability as the cotton has been completely stressed by the chemicals, hot water and commercial dryers. There is nothing personal about wearing jeans that have been heavily manipulated by a team of factory workers helping destroy a jean due to a blip of a fashion trend before the pair even make it to the selling floor! This process kills the jean or at least leaves it half dead before you have the chance to wear them. Would you buy a new car or new shoe that went through the same process? 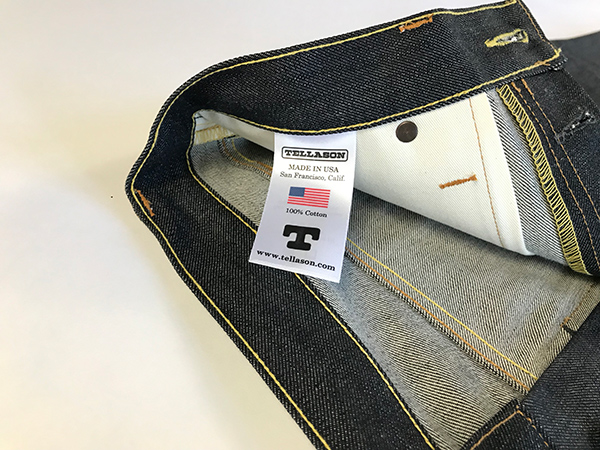 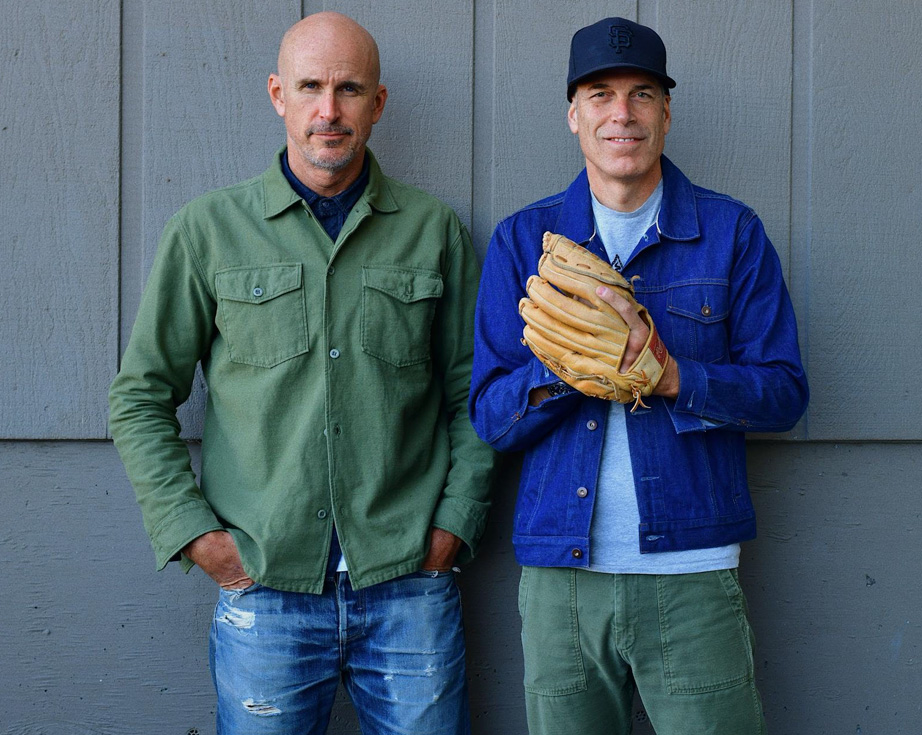 Tony Patella and Pete Searson have been like-minded friends since 1990. Their love for durable goods, their respect for where they came from and who made them is found in their brand. "We are 100% committed to the city of San Francisco and will make our jeans here and only here, forever. This place is the home of blue jean culture as we know it and moving production somewhere else to save a couple of bucks just won't happen. If you know us, you know this to be true..."

2008/09 represented the worst of times for all industries. The global economy suffered and people were redefining their own buying habits. Disposable purchases were now unjustifiable; yet people still needed something to replace what was old and worn. Tellason began at this time with a clear focus on one item, the John Graham Mellor, slim straight fit. It was made with great care and precision with close attention to the finishing details and most important, the fit.