It is the winter of 2008. We sat inside Tony’s home with the bright idea of creating a new denim company. Not that the world needed one but we knew what we loved and knew what we were good at and set off to launch a men’s denim company.

A brand name was needed to start and after a solid seven minutes of brainstorming, the name Tellason was born. It sounded a lot better than Indigo Palms, which was probably taken already by a passionate group of silver haired, Hawaiian shirt wearing semi-retirees. Plus, Tellason sounded like a place where one could purchase a shovel and some dynamite back in the day. It also happened to be an amalgamation of our last names.

Step two proved to be much more of a challenge- go out and make a jean that mattered. The fit needed to be perfect. It needed to be made in San Francisco. It needed to be priced as fairly as possible using some of the best fabric in the world from Cone Mills White Oak in Greensboro, North Carolina.

Remember the state of affairs in 2008/09? The economy crashed and every industry was suffering. “Less Is More” was the theme of the day for those who still had their head above water so we set our cross hairs on one fit. Retailers needed something honest and well executed and that is what we delivered to those original five shops in the U.S.

Our slim, straight leg fit called “ John Graham Mellor” was born after three months of trial and error. If you are not familiar with this name, please Google it - it will be worth it. 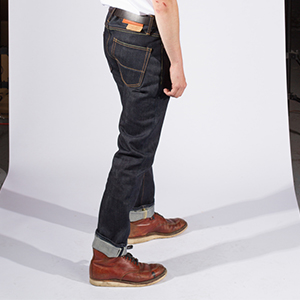 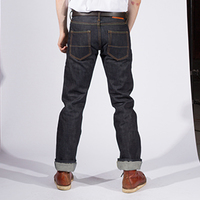 Once we made the final prototype, we were set. There was nothing we needed to tweak and we were confident that what we put in a box, would, at the very least, fit well. We received the call from the factory that our jeans were ready. 240 units (8 boxes total, just the amount that would fit into Tony’s 10 year old Volvo V70) were waiting for us and just like that, we were in business.

We hand stamped each pair, packed them up in Tony’s garage on top of the washing machine, and hoped for the best. A week later, we received reorders from the original five shops that had the minerals to give us a try in the first place.

We are forever grateful for this opportunity and will never forget the generous spirit in which these shops gave us during the most trying times in our generation. It made us who we are today.