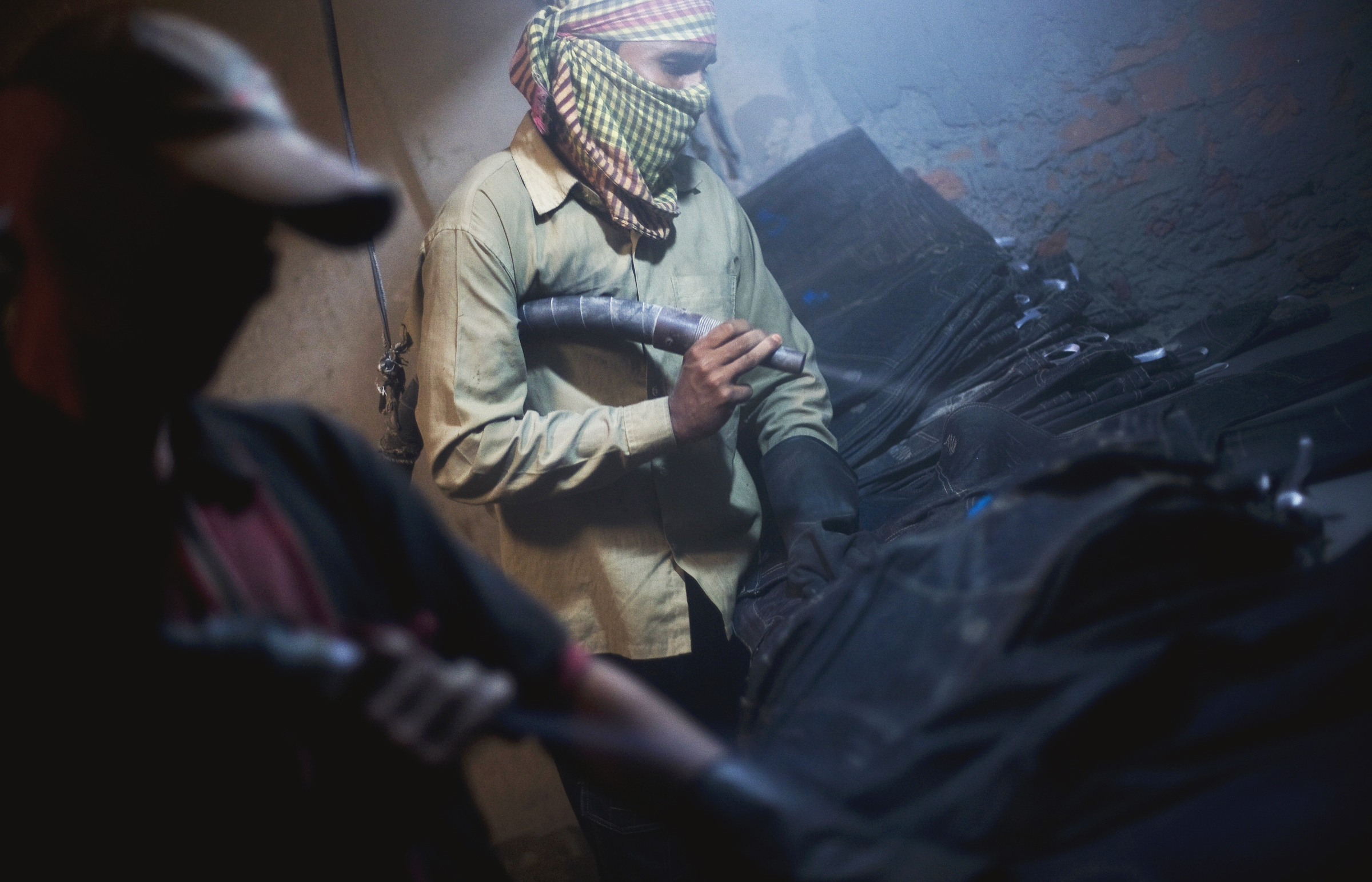 Supply and demand is a concept we live and breath by in the fashion industry, as production is heavily impacted by popular trends. As a result, the increase in demands can flourish as fast as the fashion statements driving it.

Unfortunately, this scenario creates the false perception that the ability to meet those demands can only be accomplished through cruel circumstances and a fatal work environment. The International Labour Organization estimates that every year, nearly 2.3 million people will lose their life due to horrible workplace conditions and an astonishing 160 million will contract occupational diseases. One deadly contribution to this statistic is international practice of sandblasting.

Sandblasting is a process used to give jeans a distressed and pre-worn look. During this process, workers shoot abrasive sand onto denim jeans under high pressure. Because sandblasting is fast, cheap and easy, it doesn’t come as a surprise to learn that this method is preferred by international manufacturers. The problem however, is that without proper ventilation and the right safety equipment, sandblasting can lead to severe risk of lung cancer and eventually death.

The use of sandblasting increased when the distressed denim trend took off in the 1990’s. When the Turkish government saw that a high number of denim workers were dying from sandblasting, they banned the practice in 2009. By 2010, 40 major denim brands including Levi-Strauss & Co, H&M, Armani and Versace announced their own ban on sandblasting in efforts to end the fatal approach.

In 2013, the Clean Clothes Campaign documented their investigation on six denim factories in the South China province of Guangdong, an area responsible for half of the world’s jean production. Of these six factories, the CCC could only confirm that one of them had completely dropped their use of sandblasting. Three of the factories claimed to have officially banned sandblasting, but interviews of the workers suggested the opposite.

Employees revealed that while China has passed many health laws and regulations around the workplace, there’s a lot that remains unseen and unjustified. Interviews included details about how managers would simply hide sandblasting machines during inspections, and with the lack of authority enforcing legislation there was not much that could be done to fully eliminate sandblasting. One of the allegations came from an employee of the Zhongshan Yida Apparel factory, a major player in the garment production industry. The Yida factory also happens to be a supplier for one of the major brands who publicly announced their sandblasting ban in 2010.

In the released report, the CCC stated, "brands themselves admit that they have been unable to verify that sandblasting has been discontinued in reality" . With a path of production that begins overseas, there’s no evident way to track every step of the process. Even with corporate level bans and factory inspections, the CCC’s investigation and employee interviews demonstrate that sandblasting still exists.

The ban on sandblasting may have decreased the amount of sandblasting overall, but by assuming that this is the solution to our problem, we are completely missing the bigger picture. Banning sandblasting does not mean the practice no longer exists-- in fact, it is very much alive and will continue to negatively impact the lives of international denim workers unless we build awareness around the issue and work to end the practice for good.

Fashion Victims: A Report On Sandblasting Denim by Allison Joyce